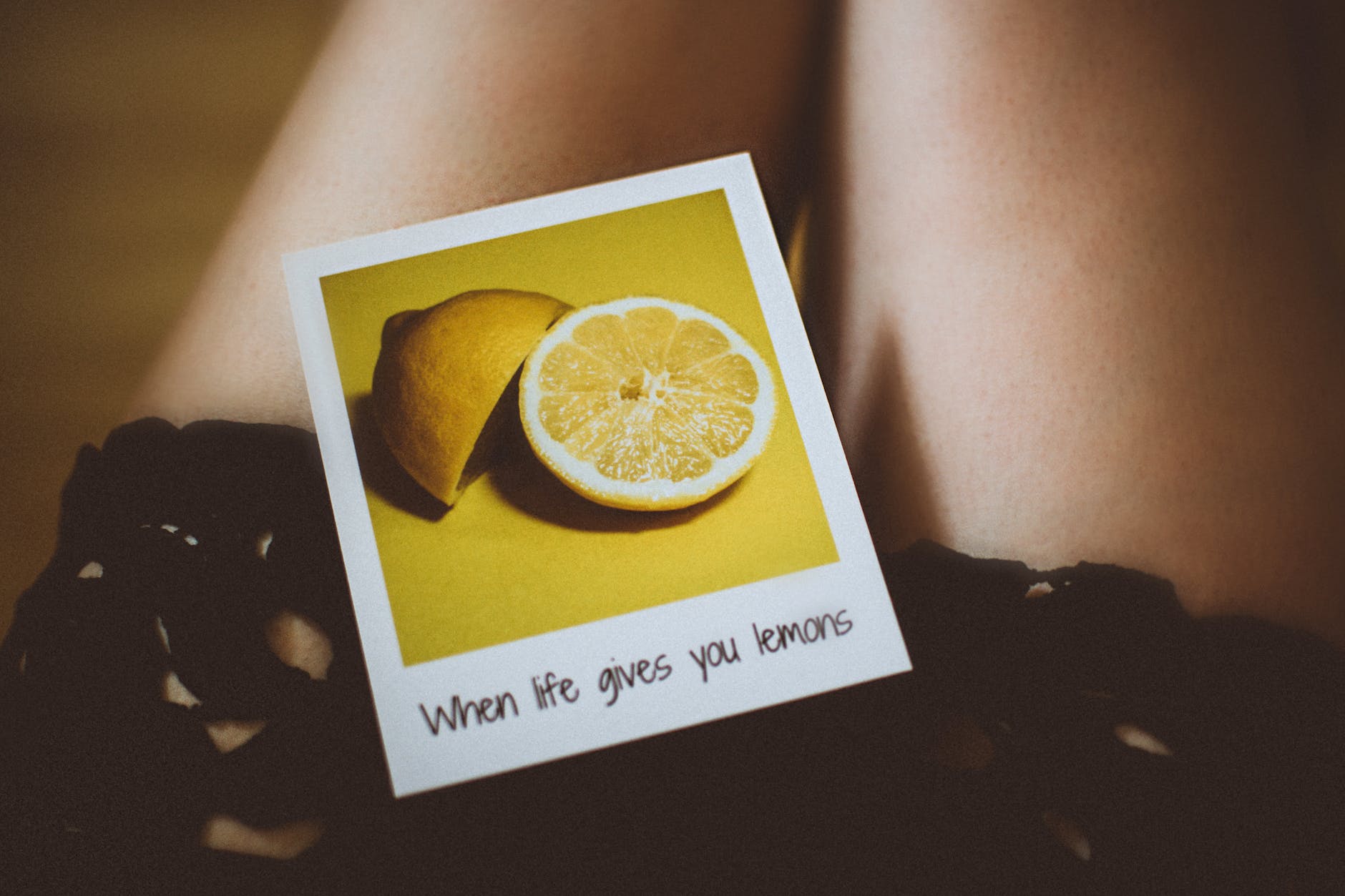 We all know we should be saving more, but sometimes it feels like squeezing blood from a stone.

I take a different approach.

To really know you’re saving as much money as possible, you have to know what you’re spending. To know your limits, you can't set your savings on auto-pilot.

Wouldn’t that be just too easy?

In my quest to wring every last cent out of my budget and into my savings, I’ve tested most of these methods – and I’ve found a system that works better than all of them.

You may have heard people say, “Pay yourself first.”

Well, I prefer to pay myself first, last, and in-between.

You know this one.

This is the time-tested wisdom of setting aside a chunk of money with every paycheck before you can spend it. You portion it out first-thing, hence paying yourself first.

When you set up your monthly budget, put some money towards that savings category! It doesn’t have to be a lot. 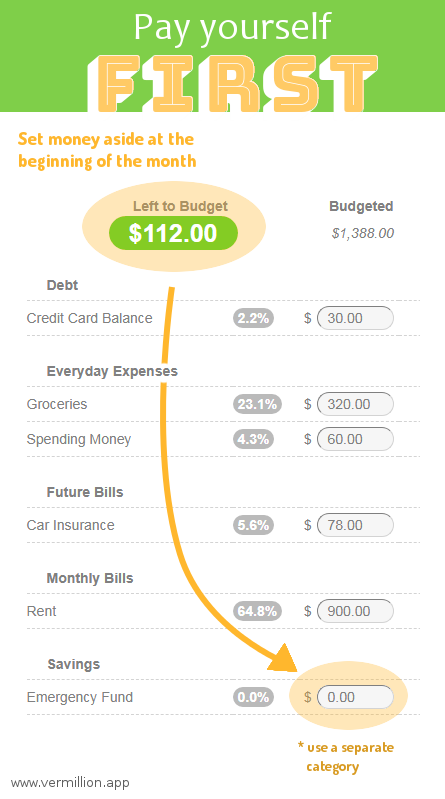 Baking this into your budget from the beginning helps cement your commitment to your goal.

You’re more likely to protect this money if you know what it’s for.

It’s just not the whole story.

This one is pretty simple – and the most common.

Most people consider "saving money" to be whatever is leftover at the end of each month, and this is precisely how they do it.

At the end of the month, take a look at any categories with money left over. Take out that extra money and add it to your savings category! 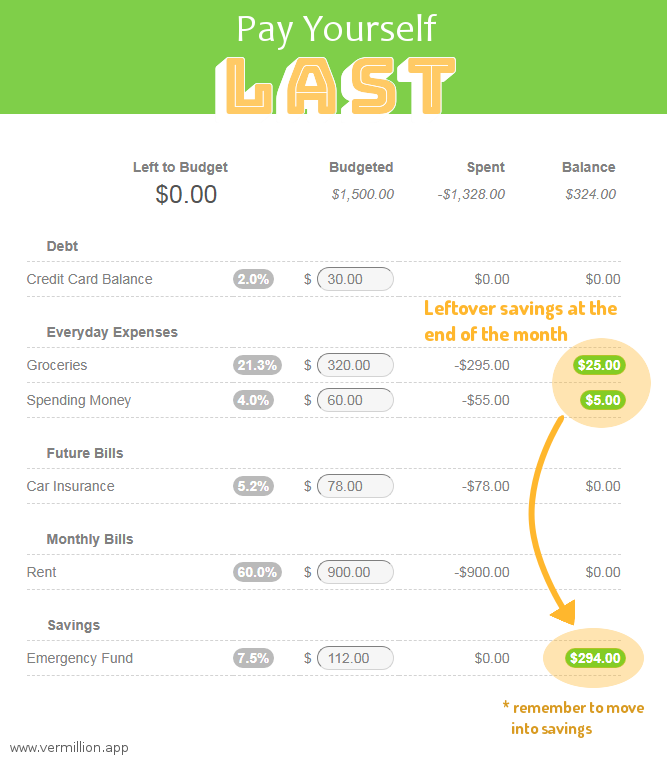 This works well for people who make plenty of money and aren’t prone to spending it all. It’s the easiest, but least effective method – but still an important part of a balanced budget.

The bottom line: Money left lying around at the end of the month doesn’t get saved unless you move it into savings.

This is where the magic happens.

This is my own budgeting secret.

This method goes beyond automation, because it relies on my focus and attention to detail. And it really adds up.

But what happens to that money? Is it still there at the end of the month?

Is it really “saved”?

Or does it ultimately just get spent on something else?

As soon as you notice savings, move it out of the spending category and into savings. In order to truly save it, you need to move it out of your spending pool. If you need it, you can always move it back. 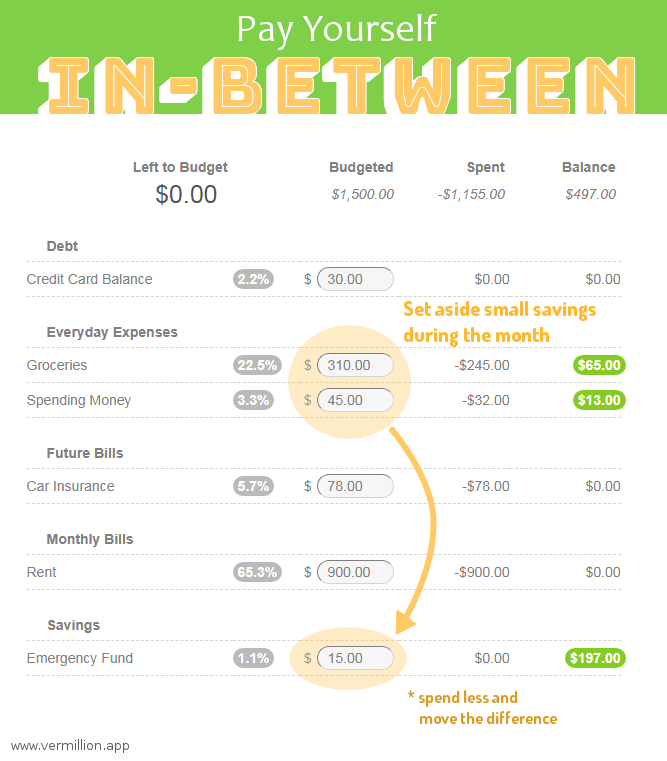 I’ve found this to be approximately 10,000x better than automated saving apps for the following reasons:

But the benefits of this method go beyond dollars and cents. It keeps me vigilant about what I’m spending and critical of promotional offers.

Remember: Coupons and promotions are a marketing gimmick.


If I’m spending more money, I’m probably not saving more money. I always say, "You know what's cheaper than a discount? Not buying it."

Even if you’re not struggling to make ends meet, it can be hard to know if you’re saving enough money.

Apps and automations can only show us patterns in our spending, but they rarely push us to our limits. Give these methods a shot and try paying yourself first, last, and in-between. 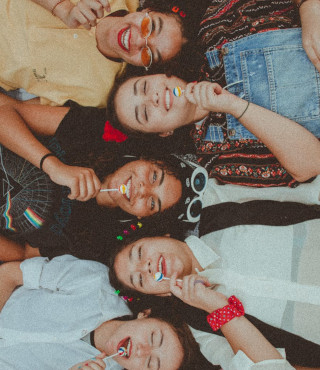 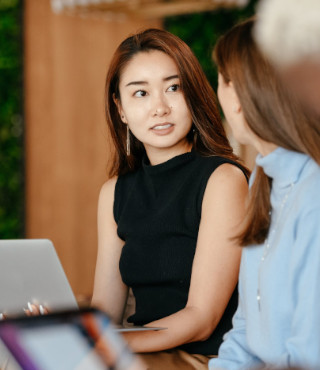